My XS650 bottoms out on modestly rough bits of road when my wife rides with me, so I knew I needed to adjust the preload.  I set out to do it according to the method in the manual: 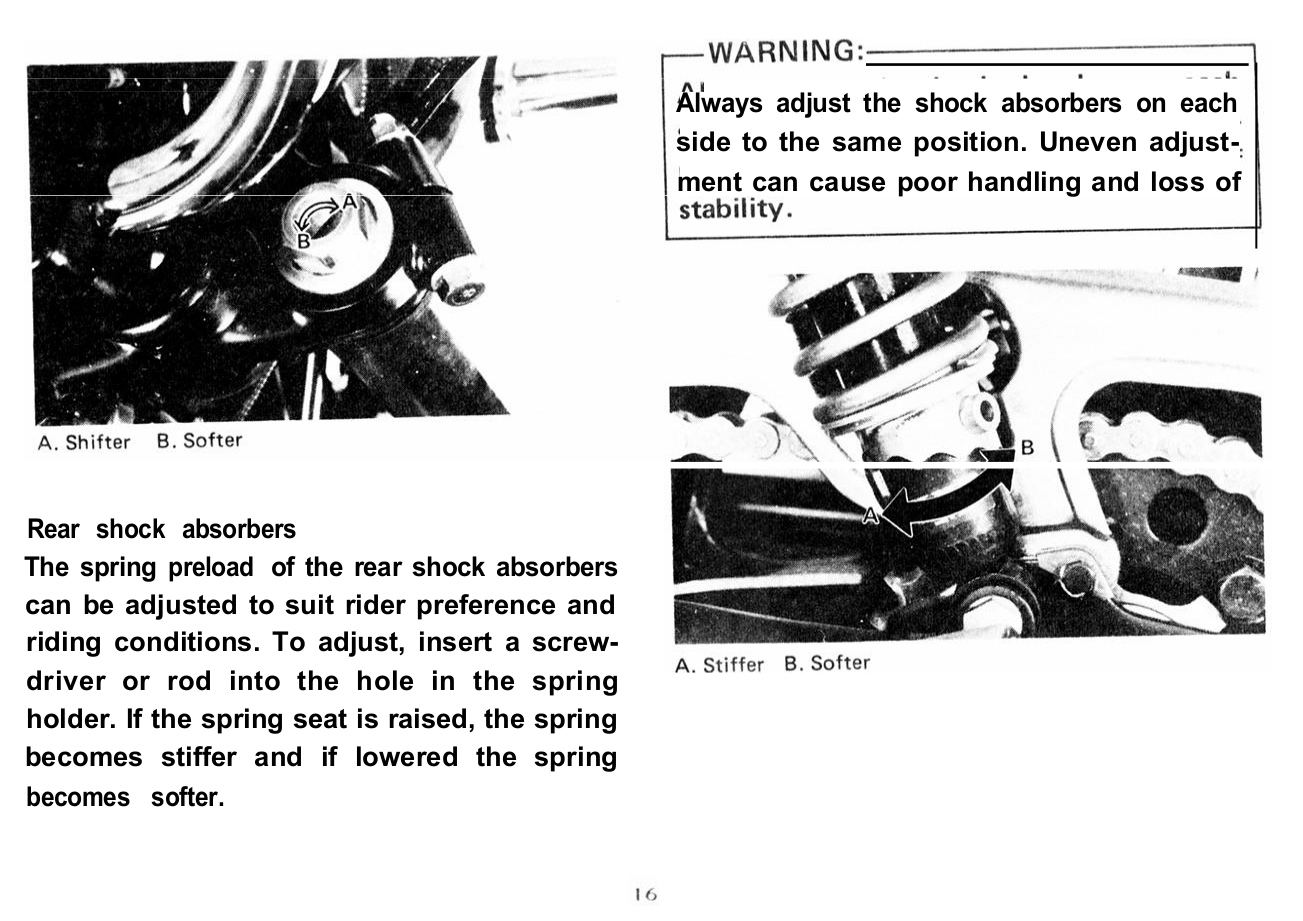 But that’s not how mine looked.  Here’s a picture of the preload adjustment on the left side shock, shot from the front: 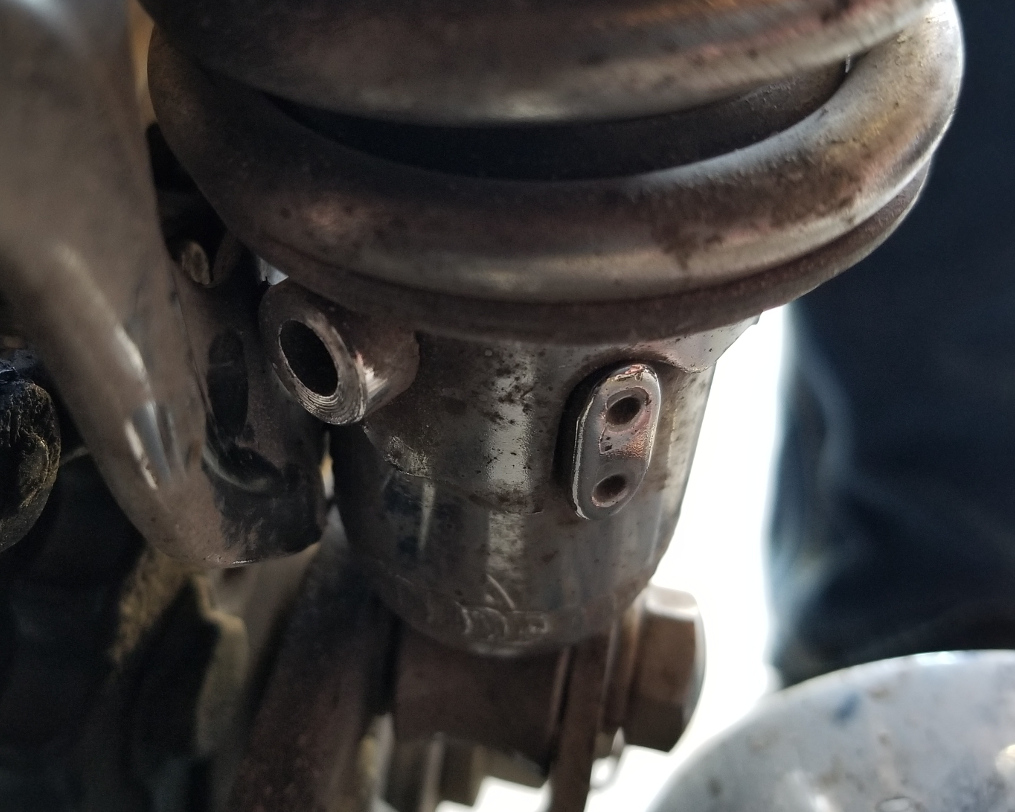 My best guess is that a previous owner turned the preload to maximum, then somehow turned it another notch.  Both sides were this way, with the adjustment hole fouling against the bike.  So I pulled the shocks one at a time, which required the removal of a surprising number of fasteners, rotated the decorative bit 180 degrees and reinstalled them. The adjusters are now useful.

While I already had it apart that far I pulled the tank and rerouted the clutch cable AGAIN. This time it almost feels good… almost.  Zip tied it judiciously in the hopes it will stay put.

So then I took a short ride to verify nothing was going to fall off.  It was the first ride I’ve taken on that bike at night in some time. Turns out the instrument lights are dead… gah.  A job for another day.

I just now noticed that I never showed the results of my logo project here, so here goes.  My original right-side tank logo is missing the lower left corner, and has been since I got the bike. I planned to buy OEM replacements, until I saw a T-shirt with a rather cool alternative logo. I did my own version of that logo, somewhat different than the one on the shirt, and have been working out how to get it 3D printed. Here’s how it looks: 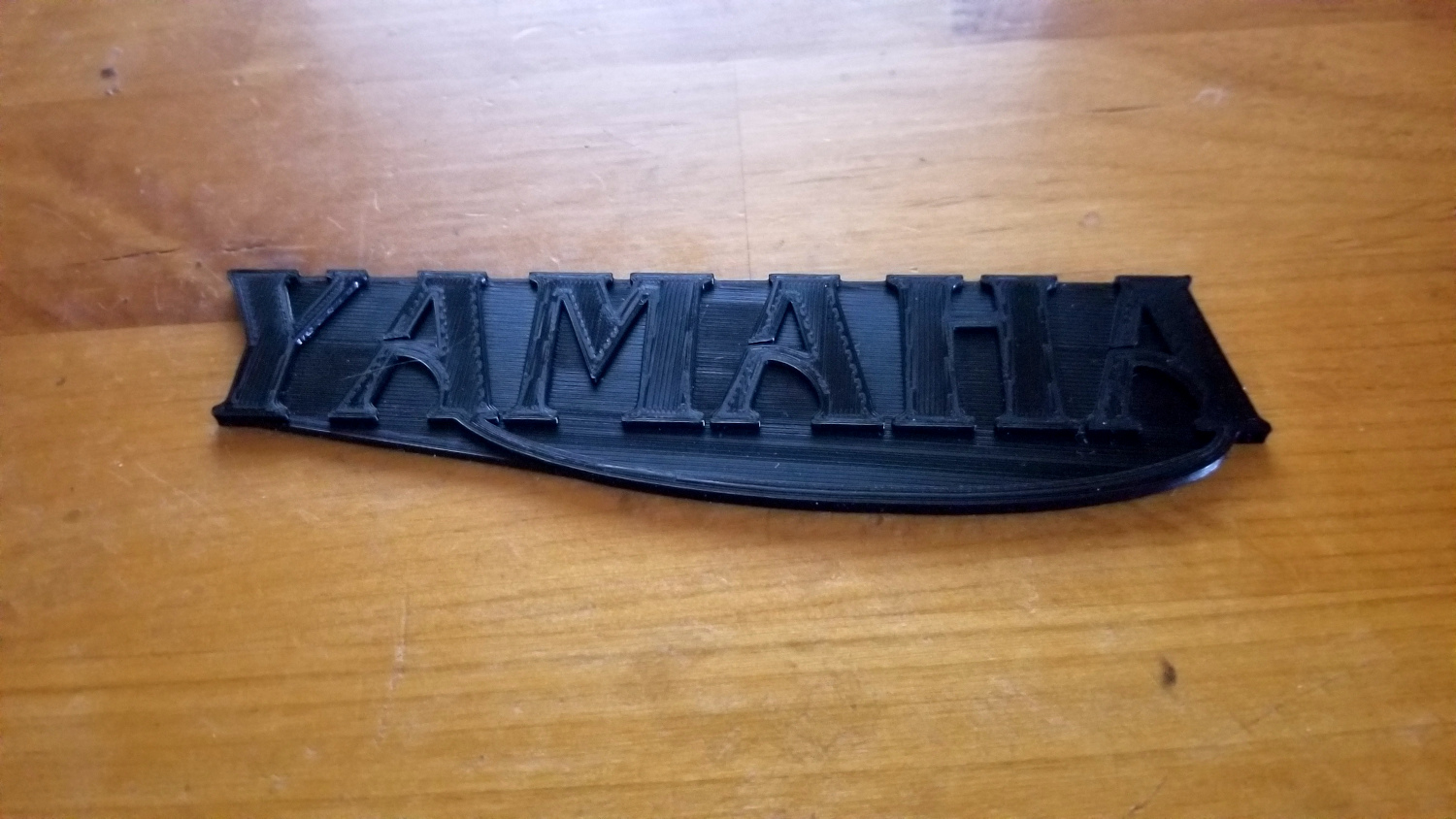 It’s 2.8mm thick, possibly a bit thinner than would be ideal, but I think I’m going to go with it and see how it holds up. No, there are no holes; I drilled them the old-fashioned way. 3D printed items sometimes shrink a bit, so measuring and drilling seems smarter. I sanded the tops (faces) of the letters and the “swoosh,” then painted them with ordinary gold craft-type acrylic paint this time around since it’s known to stick to PLA pretty well. A topcoat of polyurethane clearcoat and it’s good.  I used an ink roller (brayer), squirting paint onto a sheet of paper, rolling it out thin over and over until it started to dry; I did this a couple of times to get it thick enough to apply properly, and then I rolled it on.

Here’s how it looks finished and installed: 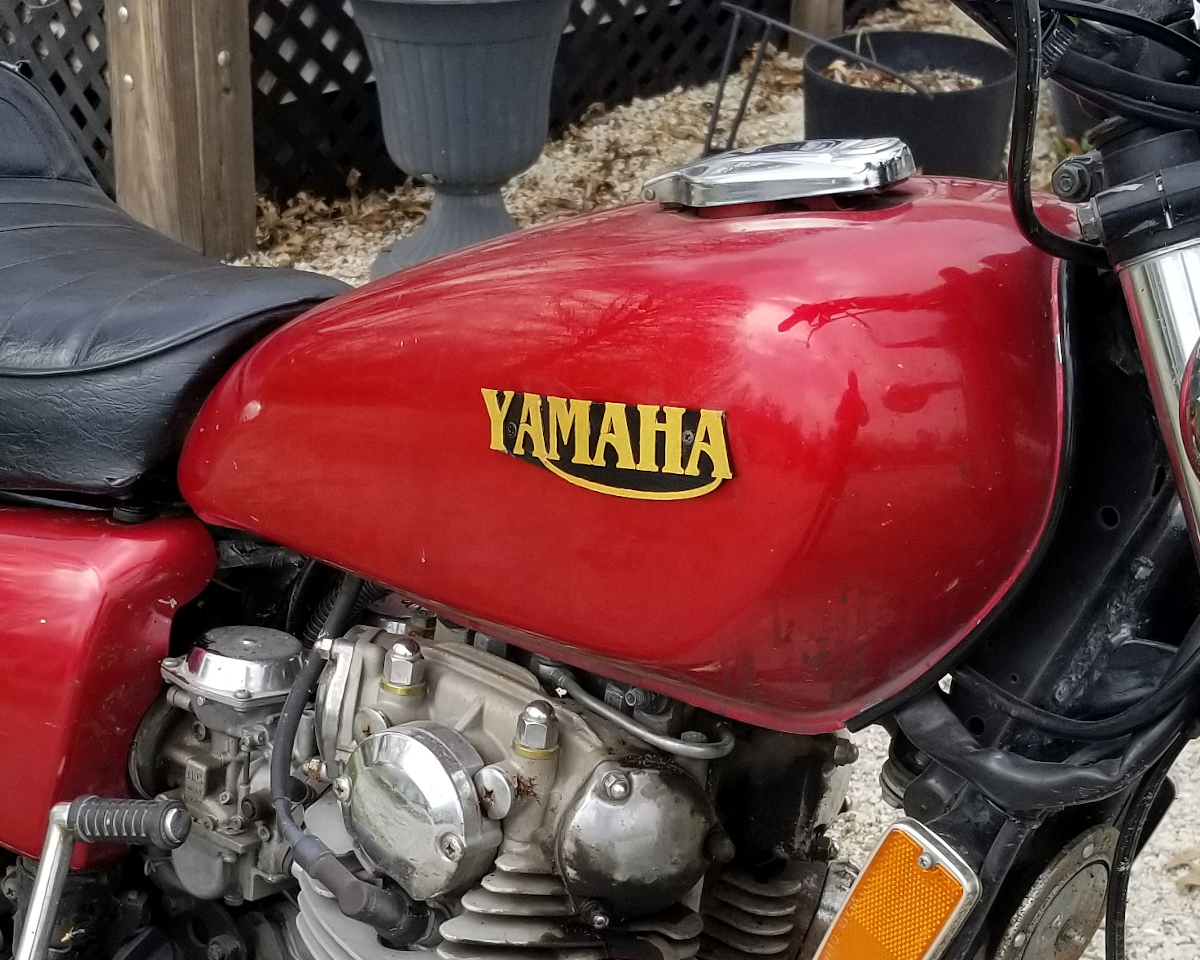 The holes were a bit too far apart, causing a buckle in the center; I redrilled, making the holes near the Y oval, and surprisingly it doesn’t show. Really needed to do a better measuring job.  But I think they look great.