I got the CB650 out one time earlier this year.  It was, as always, a struggle to get it started after it sat for about two months, and I vowed to keep starting it every few days to avoid the battle in the future.  I had replaced the front tire with another Bridgestone Battlax BT45 100/90H-19, which I’m afraid may be the last BT45 I’ll ever get.  I hope the BT46 model is as good.  I did pinch the new tube (gah) and rather than patch it I bought a heavy duty Kenda tube instead.

So as I say, I took the CB650 for a nice 20+ mile ride, one of my local ridge loops, and was pretty happy.  Until the next day when I saw an oil spot under the bike.  I wasn’t 100% sure the oil was from that bike, so I got a flattened-out cardboard box and parked the bike on it to be sure.

Lying down on the box, I could see that the bike seemed to be leaking around the edge of the sump.  Another bad gasket, I assumed, and I started making plans to get a new one and get it installed.

The slightly larger bolts securing the sump plate to the XS650 had a 7 ft-lb spec, I noticed; so I set my torque wrench for 5 ft-lbs and retorqued the Honda’s sump bolts, starting with the one in the middle of the left side and working out, in alternation, first one more in front, then one more in back, and so on until I had readjusted the entire left side to that torque.  I decided, based on where I saw oil on the sump, to stop there rather than going on around, and maybe later I’ll regret that.  Who knows?

What I do know is, I took the bike out for another similar loop and parked it over a fresh clean white paper towel.  So far, after about four days, no signs of further leakage.  Keeping my fingers crossed…

So back in October 2020 I ran into a new issue.  Apparently there’s normally a pin in the neck of the turn signals to keep them facing the right way.  I discovered the one for the left rear signal had gone south.  I couldn’t find any info on the fiche, so I asked on the XS650 forum and was basically told to improvise using some appropriately-sized nail or screw.  Nobody could actually say what would fit.

Today at last I finally got around to fixing it.  I tried a nail first, but it was too small, and the next one I tried was too big.  Then I tried the kind of screw used to retain CD-ROM drives in computers (an M3-0.5) and it was also too small, but only just a little bit… and this led me to try a computer case screw, SAE 6-32, and it threaded in tightly and snugged up like it was meant to be there.

Wow. That was EASY. I could grind off the head, but I’m not going to bother. Looks okay as is. 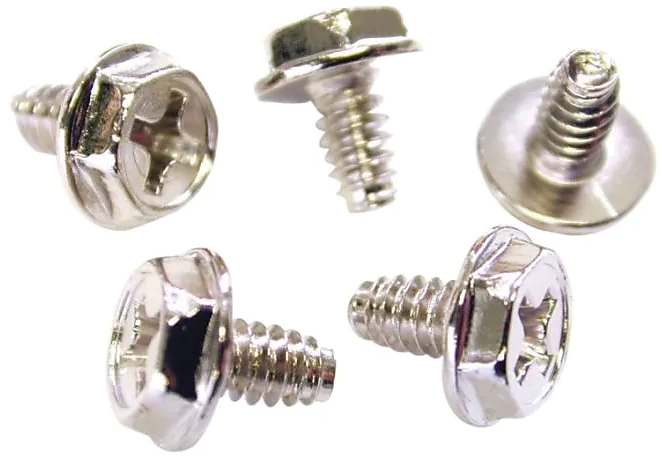